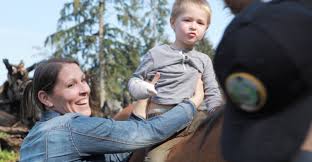 Bakery owners Aaron and Melissa Klein politely refused to bake a cake for a lesbian couple’s wedding. For that, Oregon’s Labor Commissioner Brad Avakian ordered the state to confiscate the Klein’s life savings and shut their business. When Mrs. Klein went to check her bank balances a few weeks before Christmas she found $0.00  – her accounts had been completely wiped out by the state. The Kleins, who hold strong Christian beliefs, refused to bake a cake for the lesbian couple’s wedding as a matter of conscience, citing a passage from the Old Testament. They simply did not want to participate in an event that went contrary to the Bible’s teachings.

Commissioner Avakian is abusing his power of office to destroy the people he should be serving. Not only that, Mr. Avakian is violating Oregon Law. The Oregon Constitution states, “No law shall in any case whatever control the free exercise, and enjoyment of religious opinions, or interfere with the rights of conscience.” Commissioner Avakian’s ruling has interfered with the Klein’s “rights of conscience” and until Article 1, Section 3 of the Oregon constitution is repealed, his ruling has no legitimacy.

The issue is not about baking cakes and lesbianism. The issue is freedom. The outcome is tyranny. People everywhere need to fight against this abuse of government power. If they do not, they may one day they find their own bank accounts wiped out because some bureaucrat disagrees with something they believe or think or do. You might be next.

One may think the Kleins were wrong when they declined to bake a cake for a gay wedding. You are entitled to you beliefs. So are the Kleins to theirs. What many people don’t seem to understand is that when one or other of us can gain advantage of the hammer of government to destroy those we disagree with and when the plain language of our constitutional guarantees can be ignored by government agents with power over our lives, then all of us are in grave danger. Imagine yourself waking up one day and finding your bank account and your 401-K empty because you did something lawful that your government handlers took issue with.

The Kleins have not attempted to destroy anyone by refusing to bake a cake, nor could they do it by such a refusal. Try to change their hearts through dialogue and argument, yes. Take their life savings and destroy their family business by the hand of government – God help us all. You might be next.

When Oregonians allow government agents like Mr. Avakian to violate the constitutional rights of their fellow citizens, they put themselves at great personal risk. Perhaps Oregonians should hold a referendum to abolish their constitution altogether, for it seems to have been reduced to a meaningless collection of words.

People of the United States beware! When one right, in this case the right of religious conscience guaranteed by the Constitution is violated, other violations will follow as government bureaucrats no longer feel restrained to act within the limits placed on them by the law. The people will cease to be freemen and freewomen ruled by laws instituted for their common good. What they will have become, instead, are powerless serfs ruled by the arbitrary whims of their bureaucrat masters.

Oregonians should demand the resignation or removal of Commissioner Avakian from office for his blatant violation of the state constitution. If they do not, they will have made a choice that advances serfdom at the expense of freedom.