Disturbing news from Greenville, Mississippi. An African-American church was set on fire and the words “Vote Trump” were spray painted on one of its exterior walls. Thankfully, no one was inside the church at the time of the fire. This is totally unacceptable behavior and it would be nice if the person or persons responsible were apprehended immediately or at least before election day. This violent behavior has to stop before it tears our country apart. If this was done by a right-wing nut job or a Trump supporter, may he rot in jail. If this was a cynical attempt by a Hillary supporter to get out the Black vote, may he also rot….

A GoFundMe account has been set up to help the Hopewell Congregation rebuild. 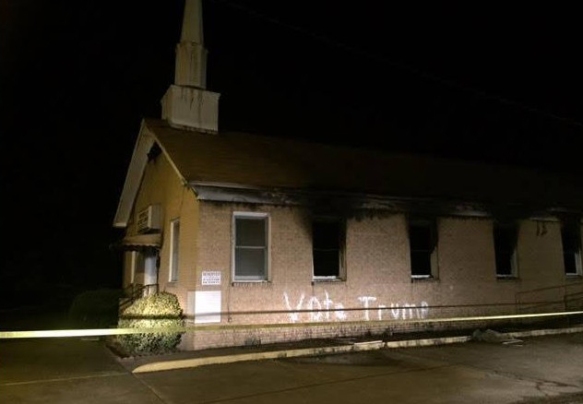 The Hopewell Baptist Church was set on fire on Tuesday, November 1, 2016.