“The very media, founded on communications and automata, especially television, can communicate illusion as well as reality, and that is all right as long as we know the difference.” –Dr. William O. Baker, patriot genius and former leader of Bell Labs, from his speech at Northwestern University, July 12, 1976.

It’s very hard to reach anyone at Twitter unless you tweet them, which I refuse to do. I wanted to voice a complaint directly to their management, but since I don’t tweet, I’ll voice my opinion here instead. My issue is with Twitter, Inc. itself. Too few people control platforms such as Twitter/Facebook and thus are able to “nudge” the masses in a direction that matches the values and world views of Twitter/Facebook’s leaders and their company cultures. Generically speaking this was not necessarily wrong when done transparently, but in this day and age of algorithms, supercomputers and social media, it is not at all transparent. Many people are being influenced and manipulated by online platforms without their knowledge. It is pretty scary. Why should I care what issues or stories Twitter/Facebook has chosen to label as “trending” conversations? I choose to leave myself out of that artificially created herd to hopefully think, explore and learn for myself.

Twitter, Inc. leans progressive-left. I know that means they don’t like conservatives and Republicans – people who favor more “traditional” values. That’s OK, because I don’t like their politics and social views. For instance, what is Twitter’s obsession with sexual orientation, especially the LGBT kinds? Why should I care if my auto mechanic or plumber or whoever is straight or gay? Judging from the content on Twitter’s website one might begin to think that being straight in this modern era is an oddity. But I digress…

My main point is that I know that Twitter suppresses tweets and conversations that go against their political views and promotes (trends) conversations that support their political and social views. They cannot suppress all of the things they don’t like because that would be too obvious and they don’t want to appear obvious in their bias. The latest evidence that Twitter does this: Kris Paronto’s tweet excoriating former President Obama for the Benghazi fiasco. Paronto offended Twitter with his comment. They shut him down. 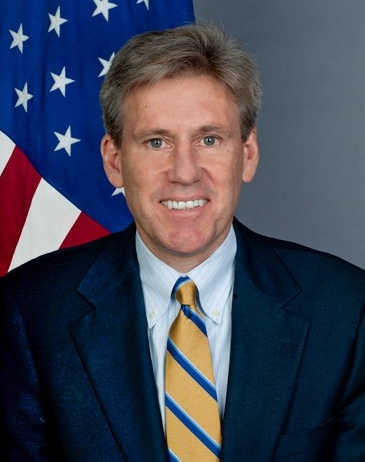 Ambassador Christopher Stevens was murdered during a terrorist attack on the diplomatic outpost at Benghazi in 2012.

Paronto, a former U.S. Army Ranger and CIA security contractor, was actually in Benghazi when Americans came under attack there in 2012 on the anniversary of 9/11. The murders of four Americans there could probably have been prevented by the Obama administration. Ambassador Chris Stevens had requested more security; none was sent. Instead he was murdered and his body paraded around the streets. Two other Americans, security officers Tyrone Woods and Glen Doherty were killed by jihadi mortar fire. U.S. Foreign Service Information Management Specialist Sean Smith was also killed. There was a coverup. Secretary of State Hillary Clinton li*d about it. Ambassador Susan Rice l*ed about it. President Obama li*d about it. Kris Paronto was at Benghazi. He was an eye-witness. His observations and opinions carry weight. He is not a politician. He tweeted about it. Twitter’s censors deleted his tweet. Thus, Twitter provides cover for the Obama/Clinton derelicts responsible for the death of four Americans at Benghazi and their ongoing li*s to coverup the truth of that mess. 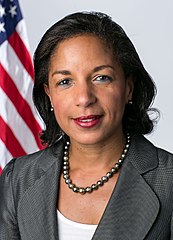 Susan Rice was the public face of the Obama administration’s campaign to deceive the American people from the truth behind the Benghazi attacks.

Benghazi was a fiasco that could have been avoided, except the Clintons didn’t like Ambassador Chris Stevens. There is gossip that he had crossed them. It may well be true. So Secretary Clinton assigned him to the most dangerous outpost in the world with minimal security. Professionals in the State Department knew it was a good possibility that Americans in Benghazi would come under attack. Hillary knew it too.

The coverup of what really happened in Washington and at Benghazi was criminal and was done simply to hide the truth, which was necessary for Obama to get re-elected in 2012. The coverup was also about protecting Hillary and her future ambitions. It was one of the ugliest examples of political blood sport in modern American history. Yet Twitter must censor Kris Paronto. The coverup continues.

Yes Twitter, yes Jack Dorsey, you are falling shy of living up to your stated values:
“We believe in free expression and think every voice has the power to impact the world.” – Twitter, Inc.

I have no doubt that Twitter/Facebook are part of the crowd that is in competition to take Trump down or at least prevent him from a second term. The people who control social media’s online platforms are not merely unbiased facilitators of communication. Instead they are using their dark genius as much as lies within their power to shape political and social conversations, which, in turn, will shape the future of our world. It’s very 1984.

Food for thought: Why does “progressive” San Francisco have such a homeless problem? Could it be that there is a correlation between progressive policies and a certain level human dysfunction? Which states tend to be generally in better fiscal health, ones controlled by Republicans or ones controlled by Democrats? Throw out the exceptions (if there are any) and you will see the correlation.
–An American

P.S. Predictably, some will dismiss my views about the Benghazi scandal as being some sort of wacky conspiracy theory. I say to them: read the Congressional Benghazi report. Look at the known facts of the case. If you are a Democrat or a liberal, be a grownup and make an honest assessment of that history. Regarding Twitter/Facebook’s shenanigans -there are so many examples of funny stuff going on behind the scenes at these online platforms it is impossible to conclude they are merely non-partisan facilitators of free speech. Only an ostrich would believe that.